Swedish composer Åke Parmerud, celebrated with a disc of five works nicely titled Growl, takes an approach demonstrably informed by beats and loops. Sometimes he works with familiar materials, as in the clunking ratchets and hydraulic hisses that make up the palette of early work La vie mécanique (composed in 2004). But he turns to unexpected sources too; Grooves is a study in vinyl noise and crackle, rather lovingly woven into a dense tapestry of skittering pulses and clouds of interference (as such, it would make a nice companion piece to Philippe Petit’s Needles in Pain). Growl! opts for the unchecked ferocity of death metal, specifically its gnarled, inchoate vocalisational idiom, which Parmerud uses as the grain for a complex essay that becomes increasingly abstract, walking an unstable and somewhat whimsical line between pulse-rooted clarity and textural mayhem. The highlight is Electric Birds; electronic music has perhaps too often reached to birdsong as a source, but the breeds of exotica captured here (left largely untreated in the first half of the piece) are astounding, and Parmerud’s subsequent response to them is an absolute thrill, a seething, pulsing, fantastical blend of nature and artifice. 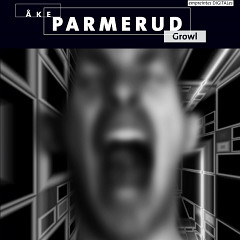 Growl
… an absolute thrill, a seething, pulsing, fantastical blend of nature and artifice.