My latest encounter with the estimable empreintes DIGITALes label following my recent review of Erik Nyström’s brings me in touch with Canadian composer Gilles Gobeil in what has proven to be one of the label’s less immediate releases, yet which becomes more threatening / welcoming with each play. That ‘five of the six works on this disc were realised while in residence in studios abroad’ might lead one to infer a psycho-geographical undercurrent to each, which is true at least in Les lointains noirs et rouges. Opens in a living room animated by its contents: a weaving together of innocuous objects like grandfather clock, and church — and doorbells that by and by reveals its true character: a psychodrama of hypnic jerks and electric shocks.

Following this hurricane of free association, Castalie initiates shock treatment with incessant alarms, more machines and doors slammed by no visible human agency. Though ‘inspired freely’ by Hesse’s The Glass Bead Game, its moments of stillness have the lurking menace of a Thomas Ligotti factory upon the protagonist’s passive and helpless body. Moving deeper into Bol-Hydre, Gobeil sets a ‘stunning musical instrument… (which) produces weird, menacing sounds’ against the mythical, multi-cephalic monster whose immunity to decapitation was finally thwarted by Hercules. It’s a case of reading the instructions here: Gobeil’s ‘weird and menacing’ is indeed the rickety groan of whatever passes for dentist music in the infernal regions.

Clearly more important to this collection than the geographical origins is its seat in the imagination, literary conceits being the order of the day, plus the odd whiff of radio drama. Drawn from The Aenid for instance, Sybille mixes moist whispers with yet more alarms and a dread-inducing drone through episodes of blackout, demonic intimacy and death by water, conveying a vapour-heightened state with unwelcome and unshakeable visions. Golem is perhaps the least startling piece here for the very reason that it’s pretty much a gestalt of everything else, though it’s unlikely that Gustav Meyrink would have disapproved of claustrophobic alarms (again), ticking clocks, and sudden swipes as an approximation of his paranoid Prague. In lieu of end credits, Des temps oubliés adds to this malaise a faint congregation of strings, choir, piano and gut-level rumbling, a human presence as distant from the listener as faceless bystanders in a nightmare. One though that the participant might feel reluctant to leave. 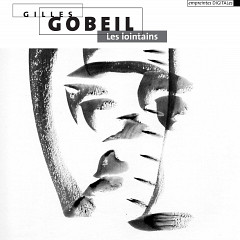 Les lointains
… which becomes more threatening / welcoming with each play.