Troy, NY — If you’ve spent any time at children’s birthday parties, you probably know what an inflated balloon sounds like when rubbed: harsh, squeaky, not particularly resonant.

“Rubbed-balloon sound” [used in Topology Chamber 2] might not seem like a sonic texture you’d place much stock in if you were creating a musical work. But how would that change if you were listening from inside the balloon? The composer Natasha Barrett decided to answer the question. She put a 3-D microphone in a balloon, pressed the record button and got down to some serious rubbing.

On Monday morning, at a “spatial audio” lecture at EMPAC — the experimental media and performing arts center that is part of the Rensselaer Polytechnic Institute here — Ms Barrett’s interior-balloon 3-D recording was played in an acoustical marvel of a concert hall, outfitted with one of the world’s most advanced ambisonic systems.

As Ms Barrett’s 3-D audio file was piped into the loudspeakers — there are 64, positioned both around and over listeners — the sound of her balloon manipulations was enveloping. Smeared textures whipped around listeners’ heads along a wild variety of trajectories. Variations of pressure and phrase-length registered as legitimately musical. Discrete lines of vibration converged, with a triumphant air, before splitting apart again.

But there wasn’t much time to linger over Ms Barrett’s startling spatialized recording. Presenters and participants at EMPAC’s Spatial Audio Summer Workshop had a lot of ground to cover, and only five days to get hands-on experience with tools that are rarely available under one roof.

One goal of the workshop, the first of its kind at EMPAC, was to provide the nearly two dozen participants — including engineers, acoustic consultants and composers — with a rare chance to learn about working with what specialists call high-density loudspeaker arrays, like the one needed to play Ms Barrett’s recordings. Another goal was to present a pair of public concerts as part of EMPAC’s impressive, general slate of experimental music programming.

On Monday evening, the first concert was led, as was that morning’s lecture, by Markus Noisternig, an artist in residence at EMPAC who is a researcher from the Institut de recherche et coordination acoustique/musique (or IRCAM) in Paris. His lecture and concert highlighted both the ambisonic surround-sound speaker system and one of EMPAC’s new, and most highly prized, objects: a Wave Field Synthesis system. (These two discrete systems, which can also be blended, were temporarily installed at EMPAC’s concert hall.)

The wave system, a modular array of more than 500 speakers, uses acoustical trickery to reproduce organic sounds with unusually high fidelity. It can also “place” (and seem to move, quickly) those eerily lifelike tones at specific coordinates. Any but the most superficial kind of explanation of how this is possible tends to involve high math (like Bessel functions). But if you had to describe the effect, you might go for trippy and exciting.

Toying with spatially separated sounds is not a new fascination for composers. The conductor Alan Gilbert charted a lineage of such explorations in a 2012 New York Philharmonic concert, from a portion of Mozart’s Don Giovanni to works by Karlheinz Stockhausen and Pierre Boulez. (Boulez being, not at all coincidentally, the founder of IRCAM.) But as computing power has increased, digital systems have become more precise and more portable, if still expensive to design and install.

Systems like Wave Field Synthesis can also change approaches to pieces conceived using earlier technologies. A highlight on Monday night was Mr Noisternig’s presentation of Ricercare una melodia, by the composer Jonathan Harvey. This 1984 work was originally scored for a live trombone player and tape delay (with speakers bordering the audience on two sides). In what he called a new interpretation, Mr Noisternig looped the live playing of the trombonist Benny Sluchin using a 248-speaker section of EMPAC’s 500-speaker array, which was positioned behind Mr Sluchin.

Using IRCAM-designed software, Mr Noisternig placed eerily live-sounding reproductions of Mr Sluchin’s playing at various points along the array. In most tape-loop performances, novice listeners can tell the difference between what is being played live and what is being reproduced electronically. But this “Ricercare” performance had a suaveness of blended tone that seemed both organic and otherworldly.

So, do you need a fancy hall with spatial-audio bells and whistles to appreciate these sounds? In an interview, Mr Noisternig said that the true nature of such pieces could not be appreciated in traditional stereo mixes. There are headphones capable of simulating 3-D audio — made more accessible by the boom in virtual reality technology — but they, too, provide only approximations of the concert hall experience.

He Slowly Fell and Transformed into the Terrain, a 2016 piece by Ms Barrett, received its American premiere on Monday night, courtesy of 49 speakers in EMPAC’s ambisonic system. It seemed like the most carefully designed entry in the program’s purely electronic portion — her whirligig 3-D designs rarely seeming to be in motion merely because the technology permits it.

Ms Barrett has posted an excerpt from a stereo mix-down to her SoundCloud account. You can listen and get an idea of her skills with dramatic build and textural variation. But as she notes on the site, about the stereo reduction (from 49 channels to two), “Mastering really tricky for this.”

During daytime studio sessions, the workshop’s participants developed their own approaches to the surround-sound systems installed in EMPAC’s studio and performance spaces. Carl Testa, a bassist and composer who works closely with the composer-saxophonist Anthony Braxton, had brought along a vast collection of Mr Braxton’s recordings. On Tuesday afternoon, he was eager to test out the live-collage capabilities of Wave Field Synthesis setup.

Near the speaker array, it sounded as if different versions of Mr Braxton were zooming through space at superhuman speed, as a grinning Mr Testa dragged and dropped the “point sources” of the virtual Braxtons with the click of a mouse. After the session, Mr Testa noted that those effects had dovetailed nicely with some of Mr Braxton’s ideas, like the immersive sound environment of his Echo Echo Mirror House system, in which musicians sample vintage Braxton recordings while also navigating new scores, creating a vertiginous blur of past and present playing.

Mr Testa’s early experiments in the EMPAC studio sounded very little like the spatialized music of Ms Barrett. But it was an arresting miasma — one that raises the question of how much new insight into spatial audio may yet come from composers who are also virtuoso improvisers.

Like the ingenious musicality of Ms Barrett’s balloon experiments, insights about spatial sound may seem intuitive after the fact. But as organizers at EMPAC seem to understand, access to raw studio time and expert instruction has to come first. 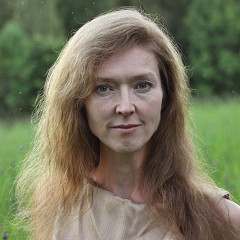