Starting with an almighty crash and swathes of cascading ring-modulation, the opening track 13’13 pour voix défigurées immediately calls for your attention, and then totally perplexes by diverting into a weird mixture of sonic film, French poetry and intensive/schizophrenic musique-concrete. Quite apt for a track title that translates as “For Disfigured Voices”. Subsequent tracks follow a more sonic approach, making best use of sound layering, mixing and cut & paste techniques. Here we get down to real concrete music, the sound of machines breaking it, mixers making it, and all sorts of traffic rumbling and running over it - at least that’s what it sounds like, before snatches of more disfigured voices return, and in a later track more of those sonic crashes and ring-modulation. It gets all very early-70’s François Bayle at times. 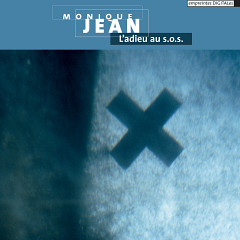