Since more than twenty-five years Empreintes Digitales is probably the leading label when it comes to computer based electroacoustic music, mostly composed and performed by conservatorium skilled composers. Oddly enough I don’t see a reference to those in the short biography that is printed on the cover of the album by Monique Jean. She was selected by several competitions (which I think is THE thing in this musical area) and played international concerts and festivals. She has here two pieces of which the first, T.A.G., which stands for ‘trottoir, asphalte, goudron’ (sidewalk, asphalt and tar) is inspired by “crowds of demonstration” and she says that sounds are “mainly synthesized”, which I found hard to believe. I was more thinking about heavily processed field recordings, certainly in the opening section of the piece that sounded like car tyres screeching. I might be wrong of course. As the piece evolved it became more obvious that there are indeed synthesized sounds used and even some more orchestral ones towards the end. It’s a massive piece, crowded with many sounds, as crowded as the pavement of the inner city perhaps. This is quite a powerful piece of music. The other piece here is Out Of Joint, and it is a “sound hybridization on Shakespeare’s Macbeth and the various silver screen adaptations, stagings and rewrites it inspired through time” — whatever that means but “what I am trying to do instead is to develop a form that operates through grafts of time, interpretations, meanings and references”. Which I guess wasn’t helpful either. Here the piece is also computer based I would think as well as dense, slightly distorted from time to time, a massive narrative perhaps; again I could have been fooled it included field recordings as I distinctly heard some birds. Both pieces are quite good and seemed removed from the more usual glissandi approach that was common with releases on this label some years ago. Either the composers have moved on, or the label did. […] 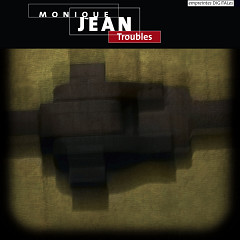 Troubles
This is quite a powerful piece of music.