This hour-long, four-movement “electroacoustic symphony” constitutes a somewhat unusual tribute to some twenty-odd of Francis Dhomont’s (mainly) Montréal-based composer friends and colleagues. It consists of major ‘body parts’ sliced from various of their (and his own) compositions, which have been cunningly and expertly grafted on to one another by the master (tape) surgeon, and the whole then reanimated with a life of its own, to make a veritable “acousmatic monster” of a work.

The “morphological organs” used here are, however, anything but dead flesh, hacked from rotting musical corpses by a mad scientist for some bizarre purpose of his own. Rather, they are vibrant, sonic samples — whole passages, in fact — delicately cut from the most beautiful of living works. Carefully selected for their similarities or contrasts, these have been sewn and spliced together seamlessly, with a tender and loving care that is all too evident, each with their own essential character fully preserved and, indeed, highlighted. That Francis Dhomont has managed to construct from them a creature which is itself so powerfully beguiling, sports not a single blemish, and is imbued with an entirely new nature essentially all its own, says as much for his craftsmanship and ear for compositional possibilities as it does about the strength of the original source works.

For while this work stands up perfectly well as a valid composition in its own right, the tantalising glimpses that it gives of its donor-works are such that one feels compelled time and time again to dash off and seek copies of these original. (Fortunately, the CD insert provides a full list of all of the constituent parts — which have not been treated or processed further in any way — so that one can indeed do just this.) Here is a work which not only finds new things to say from others’ materials but which manages at the same time to shine fresh light on its sources. Here, in short, is a true work of homage to a tremendous corpus of composers (many of whom were once his students), all executed with the deepest respect by one of the greatest sonic artists of the age. [Cue distant maniacal laughter.]

So, if you are at all curious about what wonders lie within the dark and mysterious world of electroacoustic music — especially of the acousmatic variety — there is probably no better place to start than here. And even for someone who is already familiar with many, or indeed all, of the original works making up this strange new corpus — from such electroacoustic masters (and mistresses) as Robert Normandeau, Gilles Gobeil, Christian Calon, Annette Vande Gorne, Daniel Leduc, Mario Rodrigue, Roxanne Turcotte and Yves Daoust, to mention but an arbitrary handful (not forgetting Francis Dhomont himself, of course) — the fresh, new context that those works are given here makes this disc well worth a listen. Provided you keep the lights on!

All in all, then, this is definitely something that anyone wanting to flesh out a contemporary music collection should grab and quickly… now, while the storm is at its height! 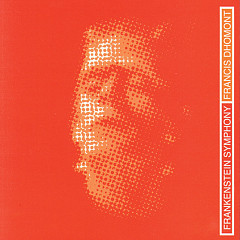