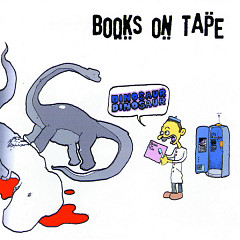 Dinosaur Dinosaur
… cut with the speed and energy of punk but all created with electronica.