This is a casual listening path, an invitation to travel — not a guided tour per se, more of an itinerary, akin to Romantic-era travel literature. So this will be a listening itinerary, an invitation to discover a highly subjective selection of electroacoustic composers from a specific corner of the world. Our destination: Northern Europe.

France reigns over European electroacoustic music like a despotic queen. The persisting influence of Pierre Schaeffer’s work — even more than 50 years after the invention of what he has called “musique concrète” — and the gravitational pull of the Ina-GRM tend to hide from the rest of the world the work being accomplished elsewhere in Europe.

So let’s start our journey in one of France’s neighbors, Belgium. The country owes much of its electroacoustic activity to Annette Vande Gorne, the indefatigable animator of the Musiques & Recherches center. Her music displays a strong sense of serenity, something rare in the field of tape music. Tao, a cycle about the five base elements (air, earth, metal, fire and water), remains a classic. In it she explores every possible transformation of the sounds associated to these elements with an uncommon level of artistry and poetry. A student of Vande Gorne, Stephan Dunkelman has picked up on her grace, a grace he transmutes into movement. Often the result of a collaboration with choreographers, his works are driven by an inner force that substitutes the sensuality of movement to Vande Gorne’s philosophical — almost mystical — depth. His pieces Rituellipses and Thru, Above and Between, released on the album Rhizomes, deserve your attention.

A jump across the Northern Sea and we set foot on English ground. Birmingham has become an important creative node in electroacoustic music, thanks to the work of composer Jonty Harrsison and his Birmingham ElectroAcoustic Sound Theatre (better known as BEAST), a laboratory for experimentation and sound diffusion that has helped many talented composers in developing their art. Harrison’s music is an essential listen. His piece Klang (released on Évidence matérielle) ranks among the best-known electroacoustic works of the last 25 years. His precise sound constructions and his distinctive way of compressing sound matter into streams of energy put him up there with Pierre Henry, Francis Dhomont and Bernard Bernard Parmegiani. One can follow the traces of his techniques into the works of Adrian Moore, one of his students, especially in the latter’s fondness for putting simple sound sources (marker on a white board, tin foil) through complex transformations. Sieve, from the album Traces, uses a catchy playfulness to make this transformative process transparent.

Denis Smalley was born and raised in New Zealand, but he has been living in the UK since the mid-‘70s. His contributions to the acousmatic corpus and to the development of sound diffusion make him not only the contemporary but in a sense the acolyte of Harrison. Furthermore, the two composers share a similar interest in form and in the choreographed displacement of abstract sound objects through space and time. Wind Chimes (on Impacts intérieurs) and Base Metals (on Sources/Scènes) are good illustrations of the slightly cold yet fascinating beauty of his music. John Young, one of his students — and another New-Zealander who studied and now teaches in England), follows a similar approach, although he replaces Smalley’s elemental sound sources with more emotionally charged images. The works featured on his CD La limite du bruit offer to the listener several occasions to dive into his or her own memories, the sound of a squeaky swing or a creaky door turning into avatars of Proust’s madeleine. Time, Motion and Memory is a choice cut.

Scandinavian electroacoustic music is still too largely ignored on our side of the Atlantic, but empreintes DIGITALes’ catalog allows us to make a short stop to round up our peregrinations. Natasha Barrett has studied with Harrison and Smalley and has been involved in BEAST, but since 1998 she has elected Norway as her base camp. There, she has stepped away from the style of her teachers and has sought inspiration in the Nordic cold. Her Three Fictions, released on Isostasie, deserve many listens. And let me bring this listening path to an end with one of the key composers in electroacoustic music today, the Swedish Åke Parmerud, whose Renaissance (on Jeu d’ombres) pays tribute to the analog synthesizer without resorting to nostalgic tricks. 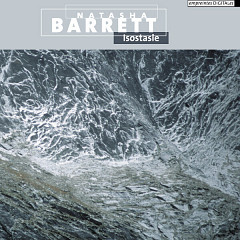