The Compact Disc label empreintes DIGITALes currently numbers some 65 discs and embraces a diverse range of electroacoustic music. Yet there are many common motivating forces in this collection, the most notable being the ‘quest’ for sound. The variety of sounds on offer is well highlighted by these two discs, yet the techniques and methods used are remarkably similar and are rooted in this desire to search out the right compositional material.

Humeur de facteur (The Maker’s Humour) is some 54 minutes in length and consists of six movements, each one an individual making up part of the whole. Beaupré, a harpsichord manufacturer and composer (in both cases a builder) seems to bring the same sense of attention to detail to his music as he does to his harpsichord construction. The work itself resides in the world of the harpsichord; mainly pitched material treated and resynthesised to offer new timbral worlds. Inharmonic drone-textures shelter granulated plucked strings whilst small metallic percussion hint at the delicate interior of the harpsichord. There is a highly fluid method of mixing, a delicacy often left behind when working with so many disparate sources. It would be all too easy to wallow yet Beaupré manages to create a polyphony that offers a unique combination of weight and power, with enough breathing room to take it all in. The polyphony relies upon submersion in pitch and mode and Beaupré creates transitions between modes through spatial dissolves and other ‘ethereal’ scenes. At times, Beaupré forces his sounds upon us through mechanical repetition, but we are quickly lured back inside his world through bell-like sonorities and other more ominous textures.

Without being in any way melancholic, the work hints at the solitary life of the instrument maker, alone (but at one) with his work. Perfectly mastered - if you want to hear some of the bass attacks you’ll have to endure a fair degree of midrange pitch material – Humeur de facteur presents some wonderful sound-worlds. It seems apparent that after listening several times, the uniqueness of each movement is not as obvious as it might have first appeared. Moreover, the relationship between the movements becomes more beguiling as the work develops. It would not be naïve to assume however that no matter where in the 54 minutes the form became unfathomable, it is possible to ‘readjust’ ones hearing, enjoy the sonorities on offer, and quickly come back to the piece as a whole. In fact this work raises some of the most fundamental questions about so-called ‘old school’ electroacoustic music: Sound over form; a polyphony of disparate sources and pseudo-narrative structures (despite the abstract sound-world, the vast landscapes afford visualisation and to a certain extent, quantification). It is Beaupré’s mixing that offers us some answers. It is colourful and delicate yet purposeful and at times profound. In a dark corner, this is perhaps where the Humeur de facteur can be found.

Fractures on the other hand finds itself rooted in a world of noise, chimeras born of real world sounds and synthetic noises. Whilst Beaupré placed emphasis on the vertical through mixing, Bouchard directs his attention to the horizontal, focusing our listening towards the passing of time: The montage here is timed to perfection.

Angle mort is a Kingdom hospital of sound, dealing with ‘the struggle between antibodies and viruses and the auditory point of view of the patient surrounded by machines in a hospital room’. Sounds are clear and well balanced; given their individual complexity, too much mixing would be inappropriate. At times, metallic drones provide a skin for the scars of glitch. But this is not really ‘glitch’. These small sounds, driven by dark rhythms possess a certain resolve. They are the right sounds at the right place at the right time. Whilst these small glitches could be heard as the sounds of mechanical error outside of the work, their contextualisation is definite; not only from sound to sound but within the sound itself. Each sound seems clinically prepared and the mastering is excellent. Bouchard draws you in to his dark and strangely impersonal world through a fairly frenetic opening section. We are suddenly made self-aware – and perhaps we are patient – as the sound world turns in on itself. As the piece draws on it becomes increasingly difficult to follow the pace of the music. The timbral invention of the first ten minutes loses some of its vitality, leaving one feeling slightly empty at the close of the work.

Bouchard then presents us with his sketches in the form of Trois miniatures en suite. These short vignettes shed light upon the remainder of the disc and give us an insight into Bouchard’s working method.

Without conjuring an inevitable Deleuze & Guattari moment, it seems safe to say that in Parcelles, a work focusing upon sounds that seem to organize themselves from what appears to be chaos and ‘create a music I am often the only one to hear’, Bouchard is talking about the elusive rhizome. Both Parcelles 1 and Parcelles 2 (some 20 minutes in total, split into 7 and 5 movements respectively) draw naturally upon Trois miniatures… but also incorporate the darkness of Angle mort. Dark however becomes bleak and impersonal becomes inevitable. The inevitability of sound pervades Bouchard’s music, as indeed does his compassion towards the recorded ‘scenes’ (something that transpired only after numerous auditions). At once a contradiction appears. We are borrowing Bouchard’s memories – it is wonderful but at the same time it is not enough. In Bouchard’s words these are ‘incredible moments’ he wanted to share but they are but ‘fragments of moments’. (I actually prefer the French, partager which doesn’t sound as personal.) We are continually invited to grasp at the moment but it is continually torn away.

These may sound like negatives but over a good pair of loudspeakers, one can almost touch these invitations of sound, such is the clarity of recording and mastering involved. So in a sense, one is offered a chance of being part of ‘the moment’, not too much so as to become overly attached and not too little so as not to recognise it.

Naturally one must go beyond the traditions and forms of the past: these are short movements of between one and four minutes. Must they have a form? Can they not just be structured? What is fascinating about these two pieces is the continuity between cuts and the bizarre concoction of real life (albeit filtered and edited) and a lurking synthetic residue. Try to focus upon the ‘moment’ and physically edit the cuts out of the work and this music becomes frustrating. Let it wash over you and you will be disappointed. In short, Parcelles (and to some extent Angle mort) require extended, attentive listening, preferably over a good pair of loudspeakers that can project the beautifully crafted full range sounds, glitches and hard edits. I particularly liked the energy of the penultimate movement in Parcelles 2, Brazil Wins. We are presented with some truly original work on this compact disc. 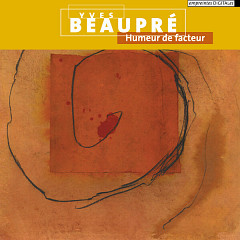