The psychological field investigated by Pierre Alexandre Tremblay is often perturbed by offhand extensions of the usual meanings of acoustic events. The tracks of Alter ego present several variables and a few guidelines in which more or less ‘familiar’ sounds, such as Formula One roaring engines or a rapper’s performance, are exploited to their full extent but, at the same time, completely modified in their essence. Those sounds, thanks to Tremblay’s studio treatment, behave like small parts of a giant mechanism, yet there is no shortage of emotions in this excellent work; the most involving segments include several tension/release artifices that colour the music with exciting textures and unpredictable relationships. Except for a couple of instances in which vocal utterances determine dramatic — make that ‘traumatic’ — insurgences of nervousness, the large part of this full hour of ultra-variable structures is quite suggestive and it will probably resound sympathetically with the average cognitive predisposition of most listeners, possibly including the less used to this kind of experimentation. As a sort of conclusive signature, the final track (la cloche fêlée) features fabulously reworked/expanded bell shades which eschew the traps of acousmatic commonplace, evoking the ‘spirit of the metal’ as a substantial, engrossing aura that lingers on even after the record is over. 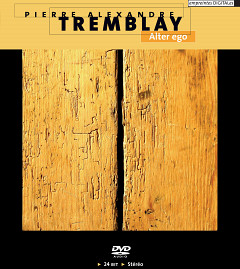