For every new release by Empreintes Digitales one can find biographical notes and information on the pieces on the cover. They have been using the same carton sleeve for many years now. I learned from the cover here that Justel is from Argentina and she lives in France, where she teaches ‘new composition techniques’ and electroacoustic music. Over the years several of her pieces have won prestigious prizes. It seems, perhaps, the sort of career that many composers featured on this label. There are seven pieces on this CD, the oldest from 2001 and the most recent from 2017. These pieces are a fine showcase of her interests in working with electroacoustic sounds. In such a piece as Marelle ou Les instants de la vie, these sounds a very much obscured and unknown to the listener, whereas in La radio, ça détend, there is short and vivid cut-up of radio sounds. In L she uses quotes from Serres, Eco, von Franz and in Purzelbäume, she works with a tango rhythm and sound, which has a beautiful estranging effect. It is a brief piece, but it works well for me. I didn’t understand why she used the computer warning sounds in two different pieces, as the first time it is quite refreshing to hear it on such an otherwise serious release, but the second time, you think, ‘oh, again?’ even when it is only once in a twelve-minute piece of music. I really enjoyed a few pieces, such as the aforementioned Purzelbäume, the quiet intensity of of the opening piece, Cercles et surfaces, the radio piece, the classic electroacoustic approach of Tapage nocturne, but was less fond of the title piece (the last one of this release, or L; perhaps because of all the French in this piece, which didn’t made it very easy for me. As an introduction to Elsa Justel, this is certainly a great CD. 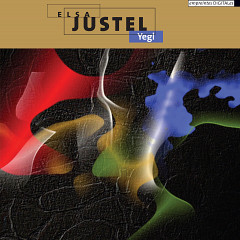