Debut solo release by the Montréal composer and sound artist Chantal Dumas is Oscillations planétaires, and it turns out to be electroacoustic music themed on various geological phenomena of planet earth. On her annotations, Dumas discourses with a certain amount of authority as she sets out brief encyclopedia entries regarding earthquakes, the shifting of tectonic plates, the formation of mountain ranges, and geysers, as well less tangible things like seismic waves and the magnetic field of the earth. The music, structured in nine episodes across a 49:21 symphony, is intended to “evoke geology”. I’ve long thought this to be a popular trope in the field of electroacoustic composition, for instance parts of Parmegiani’s La création du monde from 1986, or Tremblement de terre trés doux which François Bayle composed in 1978 (although the latter might be more of a simple landscape narrative than a journey to the centre of the earth). Dumas certainly succeeds in conveying the sense of the earth groaning to itself as it stretches its body in preparation for another day, and although the music is largely very abstract, it also feels generally rather prosaic and descriptive, with none of the imaginative leaps that Parmegiani brought to the task. However, it’s much more eventful and packed with more volume than some of the understated pieces we normally get from this Canadian label. 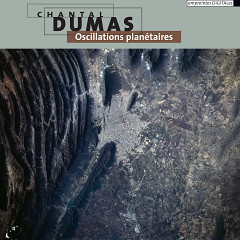