[…] The minimum one can say of empreintes DIGITALes is that it is a prolific label for electroacoustic music as well as provocative experiments in conceptual sound. A few recent releases graft the varied interests of academic and acousmatic music together via the intriguing work of, say, John Oswald. His Aparanthesi is the work of a single note that is gradually inflected along its pitch and combined with various tuned field recordings. [aparanthesi A] is an A note tuned to 440 Hz, which is the broadcast signal stations play when off-air. [aparanthesi B] is a compressed stereo image of the 8 channel performance created for 2000’s Rien à voir electroacoustic festival in Montréal. It is tuned to 480 Hz, the North American electrical standard, so it is in-tune with the hum of lighting and electrical grids. It is also a sonic impression of a complex and involved performance that uprooted the audience from the seats to the atrium and back again. We might call the album a conceptual play between electroacoustc and microsound, audience and chair, sitting and standing, tuning and silence, and for these reasons, the listening experience is very unlike the genre’s contemporaries. Roxanne Turcotte, for example, produces a melange of disjunctive sound, voice and phone recordings, environmental atmospheres and world beat rhythms on Libellune, which features work dating back to 1985. Its complexity at times is interesting, for as a survey of her œuvre it mirrors the development of Montréal electroacoustic in its infatuation with voice and, like R Murray Schafer, the natural world. That said, it remains well within the by now well-established parameters of academic composition. Paul Dolden’s work trammels from New Music composition to electroacoustic, employing repetiton and choral arrangements in a fashion not unlike that of Philip Glass, albeit with a drive toward melodrama and punch over satyagraha, throwing in all elements including the kitchen throughout L’ivresse de la vitesse 1 and 2. Like Turcotte, this work too spans from the ‘80s to the ‘90s, and so much of its feel is like listening to a beloved but aging record from that era, its metallic drums and neon wildness only appearing just a tad navel-gazing with age. Dolden is somewhat overwhelming; [L’ivresse de la vitesse] is a nightmare collage at its start that quickly gets into squeaky territory. For this, the remedy of Seuil de silences is welcome. Although from the same era, its breathing space offers more time for reflection, arrangement and thought, even if the disharmonius creeps back into the picture and becomes an ultimate ode to piano-bashing. […] 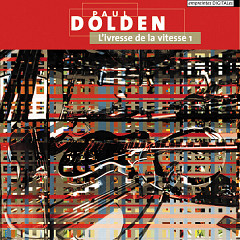