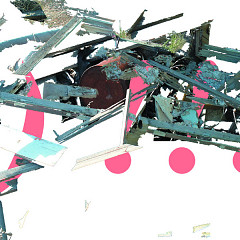 Front
Nothing can be farther from the canon of academic experimentation than No Type’s unique, often grassroots and utterly leftfield roster.