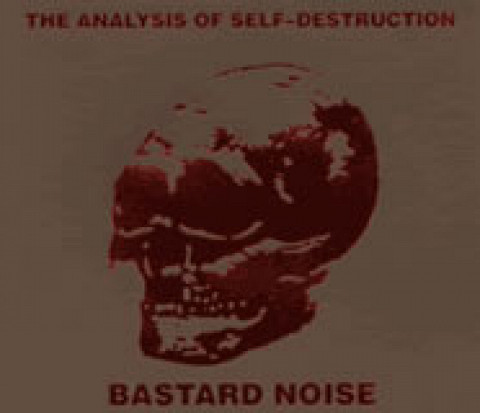 In the works for nearly a year and a half, Bastard Noise’s The Analysis of Self–Destruction marks our second release with an American artist. We are the first Canadian label to document this super unit, featuring multiple members of the almighty Man is the Bastard [M.I.T.B.], including Barnes, founding member of the Amps for Christ project. Bastard Noise come from California and for a long time were considered a side project of the legendary sludgers Man is the Bastard. During the production of The Analysis of Self–Destruction things came to a halt for Man is the Bastard. The line up for the recording is main man Wood with participation from Barnes [Amps for Christ], Connell [M.I.T.B.] and Baker.

The Analysis of Self–Destruction serves perfectly as the soundtrack for man’s destruction of the earth, with an orchestra of home spun instruments and loads of lo-fi electronics, field recordings and power electronics. Bastard Noise are in top form on this recording and the production is excellent. Throughout this six track odyssey they coax the sounds of animals and birds out of cheap electronics, fused with cascading washes of ambient noise to create imaginary rain forests. It also features voice samples and an absolutely terrifying use of seemingly inhuman vocals.

Brotherhood - Execution Style features Bastard Noise at their smallest yet, with only Wood contributing to the track. An Obstacle to Murder bears a very strange resemblance to the dark minimal piano parts in the Eye’s Wide Shut soundtrack, but is perhaps the hidden gem on The Analysis of Self–Destruction. Repeated listening reveals a multitude of layers and previously unnoticed sounds.

Bastard Noise have released material on quite a few different labels often splitting releases with other artists. They have only released a couple of full length releases thus far and have collaborated with the likes of Merzbow, Spastic Colon, Bizzare Uproar and Hermit. 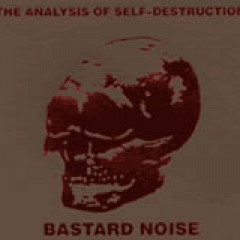 The Analysis of Self-Destruction