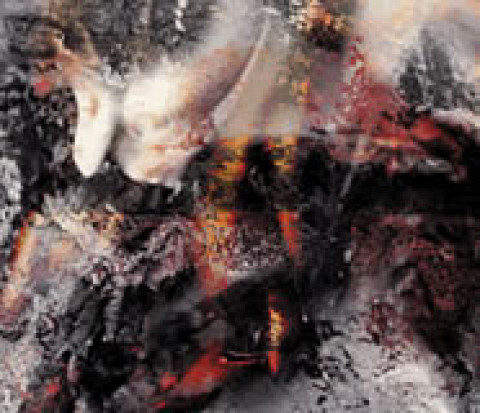 Sam Shalabi is the most active player in Montréal’s blossoming improv scene. Over the last couple of years has been documented on releases by Shalabi Effect, Detention, Molasses and A Silver Mt. Zion. In the next six months Alien8 Recordings will also be releasing the follow up effort by Shalabi Effect as well as the third CD by Klaxon Gueule, which features guest appearances by Christof Migone and Sam Shalabi.

Sam Shalabi has played or collaborated with the likes of Evan Parker, Alexandre St-Onge, David Kristian, Tim Berne, Charles Papasof and Frank Gratkowski among others.

On Hashish is dedicated to German historian Walter Benjamin and highlights Shalabi’s compositional skills. Here he has enlisted the help of a dozen musicians from the local scene, recorded them at the Hotel 2 Tango, then spliced and diced their playing and shaped it into his own compositions. We are very proud to be the first label to document the vision and beauty of one of Montréal’s most exciting improvisers.

The recording is broken up into three sections; one very long piece at 27 minutes and two others averaging 7 minutes each. The sound here is comparable in some respects to the sounds of legendary euro-improv super group AMM.

The first track is long piece that weaves piano, bowed bass, flutes, percussion, distorted voice samples and other sounds. The peace moves along quite smoothly until the eleven minute mark, when the piece takes a psychedelic twist, due to the bizarre tape splicing of flutes. Following the flutes unusual voice samples burp in and out of the track until quieting down at the eighteen minute mark after which the piece then slowly comes to an incredible finish. The sound on this recording is based largely in the free jazz or free improv tradition and also incorporates a very strong use of space and silence.

The second track is a much shorter piece at 5:41, a chaotic symphony of sorts that brings to mind some of Hermann Nitsch’s orchestral aktions. The third and final track weaves field recordings of various forms of static with sparse piano. The piece gently glides with increasing static type distortion before dissolving just under the eight-minute mark. 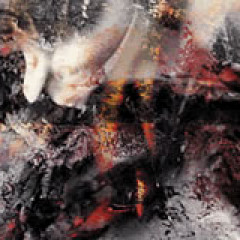