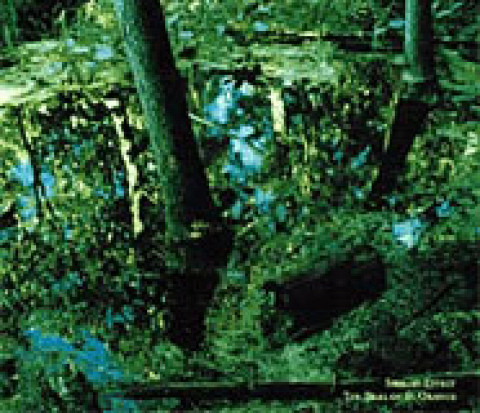 Following the success of Shalabi Effect’s staggering self-titled debut double CD, a 131-minute epic, we are excited to present their full-length follow up “The Trial of St-Orange”. Made up of six tracks and with a duration just shy of an hour, this disc continues in the exploration of Middle Eastern-influenced psychedelia. Between their two releases the band has become more radical in terms of their experimentation with different sounds, and this is clearly evident on this sophomore disc.

Without a doubt Montréal boasts one of the most interesting and versatile music scenes currently operating in North America, comparable to that of Chicago and New York City. There are many concomitant factors: decent venues paying attention to the local scene, motivated promoters and people who actually bother to check out bands on a regular basis contribute to an incredibly vibrant underground scene. Usually the bulk of attention when speaking about Montréal focuses on godspeed you black emperor!, but not far behind you will find Shalabi Effect. This past year the band had an opportunity to play alongside the likes of John Zorn’s Bar Kokhba, Fantomas, Otomo Yoshihide’s Cathode and Francisco López among others at Canada’s most notable experimental festival, FIMAV, which takes place every spring in Victoriaville, Quebec. The band performed a 70-minute set, which could be best described as drug rock. They are constantly changing and no live performance ever resembles the last. At Victo, Shalabi Effect resembled Seattle’s metal drone masters Earth as much as their first recording.

The sound on the “Trial of Saint-Orange” is incredibly rich in texture and boasts a very organic feel. This is psychedelic music done in a way that is incredibly rare these days; the band is more about creating lush texture than rocking out. A good comparison would be the more ethereal side of the Acid Mothers Temple, the La Novia recording in particular. There also seems to be influence drawn from the style of horror/drama soundtracks conducted by Ennio Morricone and much of the accompanying music to Argento’s more memorable films. This is most notable in the recording’s closing epic piece, which has a duration of over 20 minutes.

“The trial of St-Orange” opens with the sounds of nature, birds, leaves rustling in the wind; even the sound of tree sap dripping into a bucket is layered in there somewhere. The third track, “Mr.Titz [The Revelator]”, may shock people as it enters the area of techno. The backbone of this track is an incredible loop of pulsing low-end bass constructed with a mini moog and a break-neck paced oud solo, joined by what can best be described as a drum’n’ bass beat. As horrible as this may sound the results are really quite amazing.

Shalabi Effect will be doing a European tour in support of this record and have already secured a date at the prestigious Taklos festival in Switzerland, where they will share the bill with the aforementioned GYBE. The band is also planning select dates throughout North America.

“The Trial of Saint-Orange” is handsomely packaged in our custom gatefold packaging with beautiful psychedelic photographs by Guylaine Bédard. 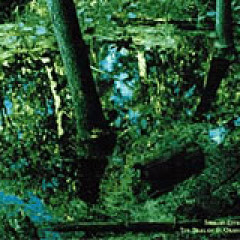