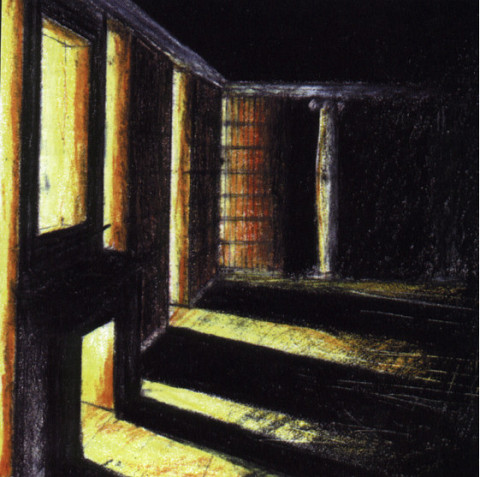 … effortlessly outguns most greyscale offerings from the laptop massive. — The Wire, RU

… a true finesse and understanding between man, technology and his environs. — Digital Artifact, ÉU 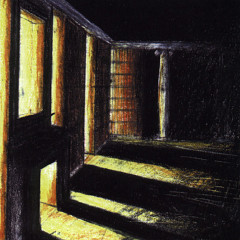 A connection between the electroacoustic academy and legions of more, uh, amateur practitioners of electronic composition is infrequently made, but this bold move by Rephlex brings it out into the open. Licensed from the hallowed Canadian label empreintes DIGITALes, which exists to document developments in electroacoustic and acousmatic music, this collection by celebrated Québécois composer Robert Normandeau is an object lesson in the infinite possibilities of sonic manipulation. Offen using the simplest source material - much herein is fashioned purely from the human voice Normandeau conjures windswept soundscapes of thrilling complexity. His sparkling array of sharply delineated sonic events and immaculate attention to spatial placement combine to produce music that effortlessly outguns most greyscale offerings from the laptop massive.

… effortlessly outguns most greyscale offerings from the laptop massive.

Robert Normandeau and his latest collective release Sonars are my unfamiliar, but that soon changed as I read about his extensive recorded history of experiments with electroacoustic compositions. Mentally absorbing the 6 tracks which collectively appear together for the first time via Rephlex, but were originally recorded between 1985 and 1999, I have to say that though intrigued by what I was hearing, I was equally disturbed by what my sense were telling me. I think the point was made quite clearly to me right then and there. The electroacoustics surveyed on this LP display a true finesse and understanding between man, technology and his environs. Tracks like Bédé, Éclats de voix, Spleen, Matrechka, Le cap de la tourmente and Ellipse are completely abstract ambient experimentalism, haunting in all ways possible. Though the music is beautiful in its structure, it is down right chilling and gives you that really eerie spinal tingle right before you here the transparent echoing voice from the darkened corner say, “Get Out!”

… a true finesse and understanding between man, technology and his environs.

Robert Normandeau is a leading figure in the French-Canadian acousmatic school of electroacoustic composition. This collection of his works offers an interesting survey of pieces for tape dating from 1985 to 1999.

Éclats de voix (“Bursts of Voices,” 1991) was winner of 1st Prize for Jury as well as Public’s Prize at Noroit 91. The work is constructed entirely from computer-processed samples of the voice of an 11-year old - although this source is, in fact, hardly ever obvious. The exquisite sonorities (representing five childhood ‘states’) that Normandeau wrests from his source are entirely captivating (like nearly all of his work) and the piece is an absolute delight from start to finish. The disc’s opening work, Bédé (1990) is an electroacoustic miniature, of just 3 minutes duration, derived from the same source material but making an interesting contrast with Éclats de voix. The source sounds in Bédé are more discernible for what they are; the piece is also rather darker and gives a somewhat more disturbing view of childhood than that presented in the later work.

Matrechka (1986) is a lengthy and highly abstracted work, featuring a complex sound-world (of largely undiscernible origin) which unfolds by degrees, each of its sections revealing another within it, like the nest of Russian dolls of its title. By contrast, Le cap de la tourmente (1985) is a dark and brooding 7-minute ‘movement’ from the much longer “Musique holographique,” which accompanied an exhibit of sculptures with holograms (holosculptures) by Georges Dyens. Its inclusion here feels like something of a filler, to my way of thinking, although it is well worth a listen.

The closing work on the CD, Ellipse (1999), is constructed entirely from guitar sounds and was originally commissioned by Arturo Parra to form the tape part of a work for tape and guitar. Somewhere along the compositional path, however, Ellipse took a different direction and emerged as a solo tape piece, representing the composer’s half of the intended musical dialogue: as the ellipsis of the title, “omitting… elements of meaning,… allowing the interlocutor, the listener, to fill in the blanks.”

Overall, this is a worthwhile collection of Normandeau’s music, although it presents nothing that isn’t available on other releases of his music. It is certainly worh having if you can’t locate copies of the empreintes DIGITALes releases.

… a worthwhile collection of Normandeau’s music…

Highly acclaimed Canadian electronic composer Robert Normandeau makes his rephlex debut with Sonars, keeping in line of general weirdness from the label, but not truly fitting into the braindance category. Instead, it is a highly experimental composition that relies on the concept of “sound” and every possible distortion available, all orchestrated into a bizarre soundscape of random click-click-clicks to sweeping echoes, and then cluminating in loud waves of sound. Like I said, this is highly experimental, in a way that might not please the ears of Rephlex’s general audience. A lot of the more experimental releases that Rephlex prides itself on all maintain some semblence of actual music, in that there lies some kind of structure, no matter how “out there” it is. But there is no such structure on this release, it is more of a sound photograph, a way of listening to life, in various applications.

Boasting a huge discography, and an incredible list of awards and commissions, Normandeau is definitely in the canon of musicians that rely on heavy experimentation and abstract musique concrète pieces. After listening for a while, the most bizarre thing about the album, is the fact that it’s on Rephlex at all. So began the deliberations whether or not the man really exists; it could be an experiment in sound perpetrated by one of the Rephlex crew, but after some careful investigations, Normandeau is in fact legitimate.

It is difficult to judge a disc like this, by what criteria does one compare or contrast it to? It exists on its own plane of weirdness, that calls for a very specific time and place for listening. Perhaps this marks the maturation of Rephlex as a label, and its desire to branch out and showcase other types of electronic talent. So the fine line of electronic composition becomes a little wider here, where Sonars lies at the polar opposite end of the spectrum to what is generic mainstream electronic music, and I suppose that Rephlex lies somewhere in the middle, when compared to Normandeau.

Canadian composer Robert Normandeau comes from a distinctly academic background, with degrees in Electroacoustic Composition, a fistful of international “contemporary music” prizes and a CV filled with commissions and residencies. But Normandeau is also no stranger to crossing the invisible membrane between the world of university appointments and composer conferences and the more challenging side of pop culture electronic music, getting involved with Asphodel Records’ Recombinant festival some years back and now releasing this collection of “acoustimatic” compositions on the Rephlex label. Perhaps that’s because Normandeau seems to have mastered a challenging feat — combining truly exploratory sound manipulation, creation and compositional structures into works that are still engaging outside of their theoretical frameworks. In other words, they’re actually interesting to listen to.

Sonars collects six works, spanning fourteen years, from 1985 to 1999. Despite the wide time frame in which Normandeau created these compositions, the CD is surprisingly coherent and unified. Each piece is a seamless continuum between dramatically artificial and dislocated organic sources. You’re continually confronted with roiling cascades of chiming synthetics — sounds that seem entirely unnatural at first listen. With closer attention, the layers of artificiality and resynthesis are peeled away, revealing the source material (in many of these pieces, wordless vocalizations and mouth sounds). Carefully calculated, this play between the natural and the synthetic draws you deeper into each piece, inviting you to listen and analyze each fragment. The earlier works on this collection seem more self-consciously dramatic (Le cap de la tourmente, for example). While this is not necessarily disappointing, they’re not as subtle, layered or perhaps internally referential as some of the more recent pieces. 1999’s Ellipse is especially satisfying, creating a mysterious soundscape of half-defined scraping and scratching, suggesting strings, contact microphones, late night movement in your walls…

Each piece is nonlinear, self-sustaining and self-propelling — they’re consistent in their sonic language, and attentive listeners will hear and sense the progression and development in the composition without Normandeau ever stooping to draw an explict line from one to the next. These aren’t simple works, however, and they’ll not be for everyone. Normandeau doesn’t entirely shy away from rhythmic construction like some in academic electroacoustic music, but listeners seeking the more explictly beat-oriented material of Rephlex, or more traditional song structures, will be left scratching their heads. Dispense with those expectations and you’ll be richly rewarded by Normandeau’s universe of familiar yet foreign tones — a “cinema for the ear” which will lead you down unexpected paths.

… a “cinema for the ear” which will lead you down unexpected paths.