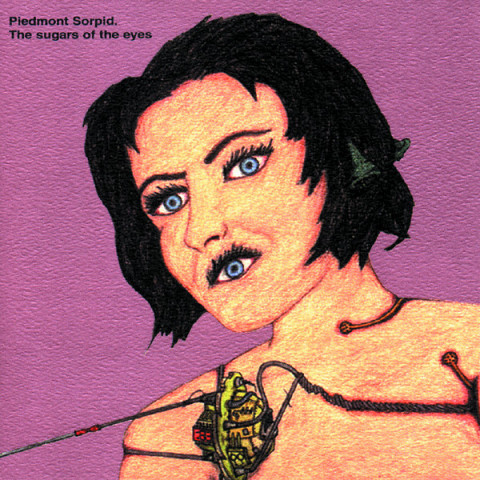 Drawing from post-rock, minimalistic and electronic music, with a strong attraction to mellow, soothing sounds, Piedmont Sorpid tends to generate off of these basis points while continuing to explore the natures of tape and recording device manipulations. Meanwhile the music’s influences and inspirations eventually transform into twisted themes and soundscapes, left unpredictable and indescribable both in creation and to the general listener. CJ would soon add players on various instruments including himself on drums and give this random group the name “Arqua”. Using recorded improvisations from Arqua’s sessions, editing and altering them on his screwy tape players in conjunction with his many solo prepared tape improvisations, it would only be after a number of years that it would formally settle into a carefully timed, free flowing music form, found here on “The sugars of the eyes”, Piedmont Sorpid’s debut release. 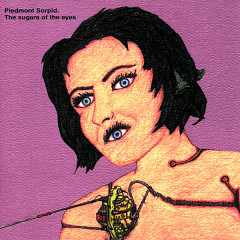 The Sugars of the Eyes