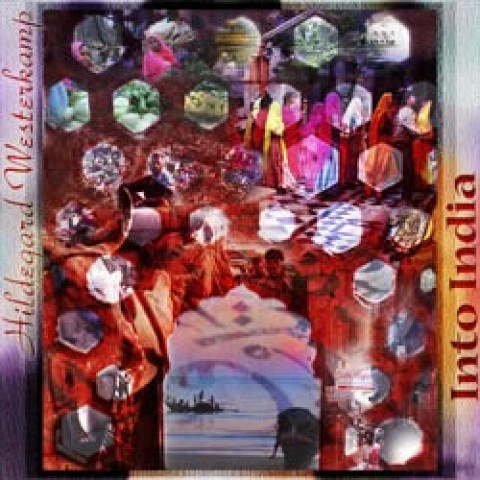 … it is a pleasure to listen to, moving and spiritual beyond the voices of those she recorded. — Musicworks, Canada

The highly anticipated Into India project was developed over a ten year period. “All sounds for these compositions,” Westerkamp explains, “were recorded during my travels in India in the 1990s. They form the language with which I speak, of a relationship, of a love, that I developed for this initially very foreign place.” Exploring the contrasts and intensity which India presents to the visitor, “the relentless confrontation… the extremes between beauty and filth, glittering wealth and devastating poverty,” Into India reveals Westerkamp at the height of her compositional and philosophical powers. These works have captured “the extraordinary intensity of daily living on the one hand and the inner radiance, focus, and stillness on the other hand that emanate from deep within the culture and its people…” 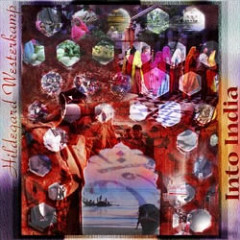 A locale with a wealth of religious, cultural, and environmental backgrounds seems perfectly suited to the rich musical textures of Hildegard Westerkamp’s sonic world. No, it’s not Vancouver, as you might have guessed, but India. Westerkamp’s latest release, Into India, is a much-anticipated disc, given that her last solo disc came out seven years ago.

Westerkamp’s previous music teemed with environmental sounds, from beach noises to forest sounds, from crickets to the fog horns of the Georgia Strait; but Into India embraces the overwhelming density of India’s population. She records the sounds of its citizen’s activities, cultures, and religions.

Into India comprises three individual pieces composed in a five-year period between 1997 and 2002. The first, Gently Penetrating Beneath the Sounding Surfaces of Another Place, uses material Westerkamp gathered from her first trip to India in 1992. It is the most consistently noisy of her Indian works, using sounds of New Delhi and in particular the sounds of the market. Westerkamp was struck by the dichotomy between what she called “the shimmering beauty and grungy dirt and pollution side by side all the time,” and here explores the contrasting sounds, alternating religious and mystical sounding bells and chimes with the chants from the markets and sound of traffic.

The second piece is entitled Into the Labyrinth, referring to a journey into Indian culture and geography. In 2000, Westerkamp travelled throughout India recording sounds of the country for the piece. ln the liner notes she lists eighteen sound sources as her material, and these are easy to follow and identify within the work. Into the Labyrinth benefits from a richer tablet of sounds than Gently Penetrating Beneath the Sounding Surfaces of Another Place and Westerkamp even finds humour in the seemingly endless honking of India’s traffic, creating a piece within a piece for honking horns. A middle passage using the sound of crickets serves as a pause in the endless human voices exhibited throughout this disc.

The third and final work, Attending to Sacred Matters, was composed in 2002. India is birthplace to three of the world’s major religions, Hinduism, Jainism, and Buddhism. It calls itself home to more than twenty religions. This is dwarfed in comparison to the estimated 850 languages still in use in India today. Despite India’s pride in its ethnic, linguistic, and religious diversity, conflict continues to be a major problem. About a third of the way into the work, Westerkamp quotes Vandana Shiva, founder of the Research Foundation for Science, Technology and Ecology, an Indian organization that works for environmental protection. Shiva says, “The real value of water, is the spiritual value of being the very foundation of life.” Westerkamp uses water sounds as a link between passages highlighting the environmental message of the work.

In Gently Penetrating Beneath the Sounding Surfaces of Another Place, Westerkamp reflects on the beauty of the land contrasted with the terrible pollution, in Attending to Sacred Matters, she tackles this pollution head on and challenges India’s rich religious community to pay attention to the destruction of their land and resources. Despite its strong message, her music is never dogmatic. Rather, it is a pleasure to listen to, moving and spiritual beyond the voices of those she recorded.

… it is a pleasure to listen to, moving and spiritual beyond the voices of those she recorded.