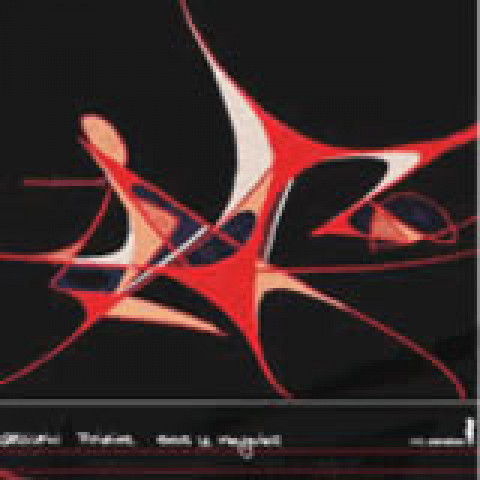 A parched, sunburnt savannah; a sandy ocean floor illuminated by dancing shards of light… Such descriptions of Ghislain Poirier’s Sous le manguier might seem lavish, but ten seconds into the album’s opener, L’hiver neige, and it’s impossible not to be struggling to find appropriate descriptors. The Montréal-based musician and visual artist first caught the electronic music community’s attention last fall with his lush, but haunting record, Il n’y a pas de sud, for Taylor Deupree’s 12K label. In his second full-length release, Poirier returns to the same exotic landscapes that he explored a year ago, this time with even more assurance and sensitivity. If pressed for a comparison, talk of dub is inevitable. King Tubby’s there, as is Augustus Pablo. Maurizio and the Basic Channel crew are supervising the project, but at its lowest level, it’s raw, ‘primitive’, almost devotional. Muted waves of languid melodies tumble over unhurried beats. Koras and other instruments of possibly African, possibly imaginary origin offer up shimmering, dreamy melodies. Sous le manguier is a soundtrack for memories of exotic places we’ve never visited. 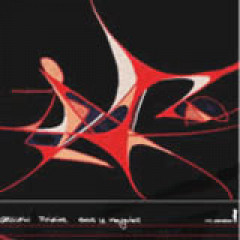 If Ghislain Poirier’s debut, Il n’y pas de sud, turned heads, this second album will make them spin. Here a similar elemental landscape is revisited, with greater ambience and confidence. Dub plays around at the edges, not in its rhythms, more in its obsessive deployment of the textures and resonance of reverb-delay technologies. But technology is not foregrounded. At its deepest level, the music here is somehow primordial, almost devotional. There are shades of the ritual ethno-ambient of the likes of Jorge Reyes, updated for the post-electronica generation. Trails of languid melodies unravel, lightly fizzing around the edges with the distortions and microtones of effect transformations, attended by occasional subdued beats. The oneiric L’hiver neige sets the tone, pulsating brasslike drones and low-end kalimba gently warped with an effect halo quickly establishing the keynote trancelike state. After a slow motion drift through recontextualised Basic Channel/R&S sonics on Se reprendre, we embark on the central part of this collection-a series of pieces all inhabiting roughly the same sonic territory. Ti-a soliloquy of stretched out baliphone tones employing delay to explore the architectures of attack and decay-segues into Torpinouche - a cavernous resonance of phased pluckings insistently returning to a tonal center. And successive pieces employ a similar timbral template. The sounds of actual or simulated kalimbas and baliphones enact meditative instrumental incantations, teasing out a desertified hypnography which is not so much blissed out as sunstruck. Color-bleached, out of focus, this is a haunted, sometimes almost mournful, otherworldly music that somehow occasionally recalls, of all things, Seefeel’s dislocated gauzy guitar derangements (circa CH-Vox). Sous le manguier leaves the abiding impression of a suite of tone poems creating an imaginary soundtrack for certain exotic topographies of distant folk memory.