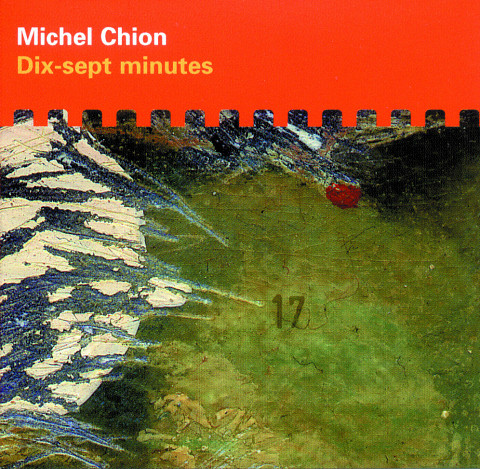 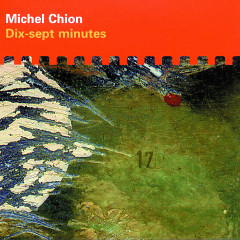 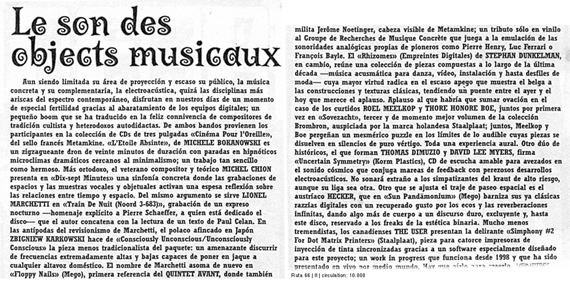 Electroacoustic composer Michel Chion follows up his excellent double CD of recordings based on the texts of novelist Gustave Flaubert with a single piece that manages to sidestep musique concrète clichés. Dix-sept minutes begins with the sound of muted toy lasers and engine-revving sounds before detouring into a jumble of found audio and traditional instruments. Everything is sharply spliced and edited, making for sounds that don’t so much clash as they do coalesce. Faint murmuring, turnstile sounds, and the yip of a mechanical dog vie for attention until traditional instruments—cymbals, flutes, harps, clarinet, deep bells, piano, and faint operatic vocals— become audible. The sounds like a person approaching an instrument, beginning a piece of music, and then abruptly deciding not to play after all—imagine Anton Webern on an extremely indecisive day. Eventually, heavily processed field recordings of children, dogs, and water emerge, curtailing the intermittency, and forming oddly emotive textures.

If you combined the entire recorded works of Bernhard Gunter with Sukora’s excellent TowerCD and compressed it all into one 15-minute helping, this is what it would sound like. The shorter playing time is ideal for academic music newbies, but just as highly recommended to deep listeners everywhere.

In the reknowned series of Metamkine, cinema for the ears, two new releases, and both composers have been presented in this series before. The first is by Michèle Bokanowski, who has worked at Ina-GRM and studied computer music and electronic music with Éliane Radigue. Her piece is built around a short vocal sample, possibly saying the words ‘absinth star’, which is repeated throughout the piece. Hard to recognize because the sound shoots by like a falling star. Other sounds move around the vocal sample like heavenly bodies floating in weightless space. Every comes and goes by in a most austere piece, that is almost like a soundtrack for a Sci-Fi movie. Icy, chilly, small textures floating by, astral voices speak from beyond. Nice work.

Michel Chion now has his third mini CD in this series, and is what it is titled: seventeen minutes. Seventeen minutes of musique concrète. Chion works with the idea of real time, which is odd in musique concrète, because there people work with fixed, pre-recorded sounds. Dix-sept minutes is a collage of found sounds, outdoor, indoor, media sounds, which all merge together into a tense collage of sound, which at times is a true pandemonium, but most of the times they work nicely a long each other. A strong work.