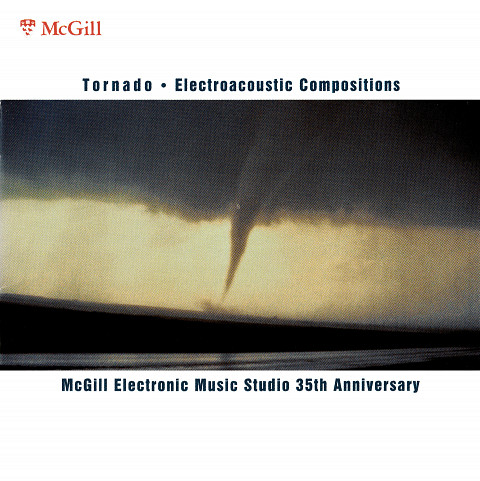 … a powerful and even terrifying wall of sound. — Opus, Canada 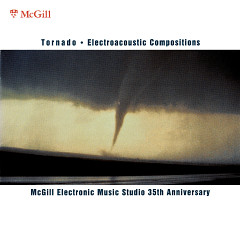 Clearly, some illustrious compositions have emanated from McGill University’s electronic music studio over the course of its 35 years of existence, as demonstrated in this welcome release. Some of the 14 works here have betn available previously on LP or CD, but this set makes for an impressive retrospective nonetheless. Those on disc two are for tape alone, while three of the pieces on the first disc combine live vocal and instrumental forces with pre-recorded elements.

István Anhalt’s Cento, Cantata urbana (1966), for 12 voice speaking chorus and 12 voices on tape, is heard in a 1990 performance by the McGill Chamber Singers. Personally, I prefer the deadpan, mechanical delivery of the Tudor Singers of Montréal under the composer’s direction, in an alternative recording first issued by RCI back in the 1970s, but not currently available. That group appears to more closely mirror the mood of the voices on the tape.

Other pionners whose works are featured here include Paul Pedersen, the first student to work in the newly established electronic music studio at the University of Toronto, in 1959; alcides lanza, who has served as director of the McGill studio since 1974; and Hugh Le Caine (1914-77), who contributod to the creation of both the U of T and McGill studios and is credited with having designed and built the world’s first synthesizer, in the mid-1940s.

The recording’s title piece, by Swedish-born Canadian Bengt Hambraeus, who died just last year, “evokes the timeless power in a real tornado” without making use of pre-recorded natural sounds. The massive textures and high-pitched tones work to create a powerful and even terrifying wall of sound.

… a powerful and even terrifying wall of sound.