Throughout the 1980s and most of the ’90s, René Lussier was the prime mover on Montréal’s new music scene. His guitar work has been compared to Fred Frith, with whom he has often toured and recorded. Spread between solo work, duos and large ensemble pieces, between studio compositions, structured improvisation, free improv and film music, his impressive body of work represents a full course in “musique actuelle,” a term he helped to peg down. His masterpiece remains the speech-music collage Le trésor de la langue which earned him the Paul Gilson Award in 1989. He also received the Freddy Stone Award in 1996 for his contribution to Canadian new music.

Lussier began to play guitar in high school bands. He started to develop his own brand of jazz-meets-folk-meets-freak in the collective Conventum. This group included guitarist André Duchesne with whom he stroke a lasting friendship. He recorded two albums with Conventum and a handful of film scores, the first of what would become an endless list (over 50 by 2001). After the group’s disbanding, Lussier enrolled in the Grand Orchestre de Montréal, an experimental fanfare of sorts where he met Nébu saxophonist Jean Derome. Together they recorded music for the National Film Board of Canada and got involved in many projects, some of which included Duchesne and clarinetist Robert Marcel Lepage.

The four of them founded the collective and record label Ambiances Magnétiques in 1983. That year Lussier released his first solo album, Fin du travail (Version 1), the title of which (“Finished work [1st version]”) already displayed his uncanny sense of humor. His big break came in 1986 when Michel Levasseur, artistic director of the Festival International de Musique Actuelle de Victoriaville (FIMAV), proposed a duo concert with Fred Frith. Henry Cow and the whole Rock-in-Opposition movement had been a big influence on Lussier — this was his chance. The resulting album Nous Autres introduced him to an international audience. In 1988 Frith invited him and Derome to join Keep the Dog.

In 1989, with the help of Frith and a cast of Ambiances Magnétiques players, Lussier recorded Le trésor de la langue. Pushed by its political resonances, the album became the label’s biggest seller and the first classic item in the history of musique actuelle. Further albums, solo and with Les Granules, established him as a highly creative and witty composer and improviser. But as years passed Lussier felt the collective weight more and more on his shoulders. The mid-to-late ’90s saw him experimenting with more abstract forms of improvisation with mixed results and severing links with old friends, including Derome when he left his band Les Dangereux Zhoms. In 2001 he resolutely stepped away from the collective and released CDs on Ohm Editions and La Tribu. The album Tombola Rasa and a country-folk project with American maverick Eugene Chadbourne indicated a return to earlier pleasures at the start of the new decade. 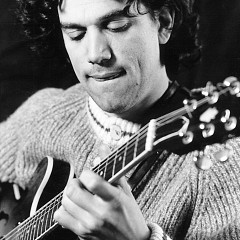