Beautifully packaged in a shimmering white jewellery box, the latest collaboration between improv innovators Martin Tétreault and Otomo Yoshihide (who released 21 situations together back in 1999, also on Ambiances Magnétiques) is an intense listening experience born from what we are told was an intense studio encounter.

Disc one, Studio, was recorded direct to DAT with no remixing or reprocessing, a true collaborative session performed on turntables and electronics. Listening, it seems that the electronic elements (shifting drones, dissonant crossings of feedback and static) are the more dominant features in these four tracks, harsh and grating, surely, but also with a surprising sense of calm, of being grounded, as if on firm footing.

Disc two, Analogique, is Tétreault’s analogue reworking of that live session into five new pieces, using old, “obsolete” tape recorders as his tools. Things become much more restless in Tétreault’s revision, with busying activity, in turns spacious and densely layered, with sounds that seem to have been torn apart at the seams fluttering to and fro. It’s an incredible exercise in tape manipulation with some surprising, challenging results.

Disc three, Numérique, as one might imagine, is Yoshihide’s reconstruction, a single, continuous mix that was generated using purely digital tools. His treatment is charged with immense energy and momentum, a bomb ready to explode. Concrete and electronic elements collide in fierce clashes, and even as this piece remains dynamic from the first to the last, it also seems grounded by long drones behind the scenes that occasionally weave in and out of the mix, remnants of the original sessions, mere traces of the past. Dividing the release into three discs was an excellent decision for this project in particular, and not only for aesthetic reasons; the format also allows the listener a short break between sets, allowing each one to be more fully digested, thought about, remembered, before moving on to the next one. In all respects, an outstanding release. 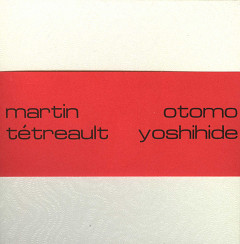