Randall Smith is one of the lesser-known Canadian electroacoustic composers — and it’s a shame. His music surely equals the one of Gilles Gobeil or Robert Normandeau. Fascinated by the cinematographic possibilities of acousmatic art, Smith approaches the genre with a lack of pomposity and a playfulness that make his works particularly suitable for newcomers to musique concrète and its derivatives.

Smith was born in the industrial city of Windsor (Ontario, Canada). He started his career as a composer through collaborations with dancers and film makers in Toronto. His discovery of the music created at the Groupe de recherches musicales (GRM) in Paris prompted a decisive shift and from 1987 to 1995 he created acousmatic music exclusively. His first solo CD L’oreille voit (“The Ear Sees,” the title being by itself a good indication of his artistic goal), released on the prestigious label empreintes DIGITALes, in 1994 eloquently summarizes this period.

In 1992, Smith began to take violin lessons with Eugene Kash. This would soon lead him to create mixed electroacoustic music (works for instruments and tape). His first (and very impressive) attempts in this direction can be heard on his second album, Sondes (1999), including Convergence, the piece he wrote for virtuoso accordionist Joseph Petric.

He has won his share of prizes at international competitions and received grants from Canadian governmental councils, but he can hardly be seen as a careerist or an administrator, unlike many other electroacoustic composers. The late 1990s saw Smith becoming interested in Middle-Eastern folkloric music. He studied the tar with Ahmad Ashraf-Abadi. 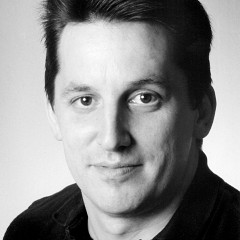