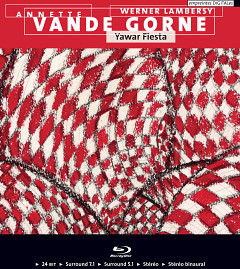 Yawar Fiesta
Everything in it is transparent and real and honest and true.