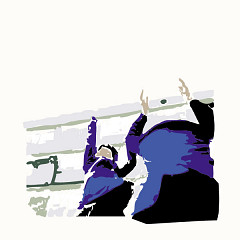 The biography of Vanessa Massera is relatively short. She is a composer of electroacoustic music, “a medium she uses to express poetic ideas within the multiple cultural spaces and environments that fuel her inspiration”, plus a list of places that programmed her music. There are six lengthy pieces of music on this disc, with a total length of seventy-one minutes. Massera uses a lot of field recording, from fireworks and bonfires to industrial objects and environmental recordings. She also works with instruments, such as saxophones (played by Stockholms Saxofonkvartett), her grandmother’s voice, and an accordion. Most of the time, none of these sounds are recognized as such. It’s only when you read the liner notes that one thinks, oh, fireworks or saxophones, indeed it is. When she writes about her piece Omega 3, using “elements of traditional Nordic folk music”, I can safely say that ’indeed it does’, didn’t come to mind. As with many releases by Empreintes Digitales, the way the working methods of Massera are all in the digital domain, emphasising granular synthesis and stretching of sounds, topped with a good amount of reverb. All of this results in sturdy music with a serious approach. I think this is all solid music, good pieces, but not really something that seems to stand out. I enjoyed the way she treated the saxophone sounds into a densely orchestrated piece of minimalist attacks (using the sound of the keys, it seems) and the aforementioned Omega 3, which goes from near-silent to something that could be classified as weird techno music (with an all too strong 4/4 beat, however). Solid and good are the keywords here, but it is also something I heard before on more than a few occasions. 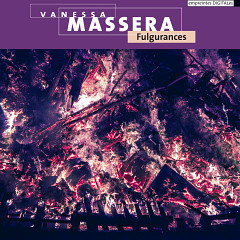 Fulgurances
Solid and good are the keywords here… 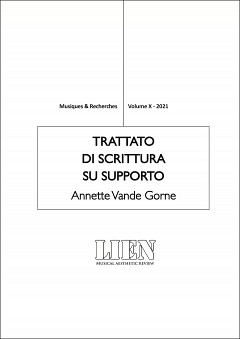 Tongue Drum was composed in 2021 during a period of lockdown in the UK “The piece follows a series of my previous acousmatic works that were each developed from a single sound source: bicycle, thumb piano, and spinning top,” Berezan explains. “I am drawn to the challenges and rewards of working with reduced starting points in much of my work: sculpting, designing, and revealing greater complexities of texture, timbre, and music from the original source and sound, and reflecting the character and stories that the source objects bring with them.

“I had recently been given a tongue drum (a pitched metallic percussion instrument) as a gift and was immediately drawn to the potential of its sound for use in an electroacoustic work. The recordings of the instrument that I made were explored through a wide range of sound transformations and techniques: micro-montage and granulation, specialized audio processing plug-ins, and techniques of scrubbing and skipping of audio. Various forms of rhythm, pulse, and melody emerged and were further developed to thread through more abstract textures of noise, drone, and sonic impacts. I completed the majority of the work in my home studio, with the mix finalized in the electroacoustic studios at the University of Manchester.”

“During a masterclass in electroacoustic composition that I gave at the Conservatorio di Musica in Cuneo in April 2022, one of the attending students, Marta Zigante, drew an incredible artistic response to the work upon hearing me play and discuss it. I believe this captured some of the character and essence of the work’s sonic forms and landscape.”

Edmonton-born and Calgary-raised David Berezan started writing and performing music in the late 1980s and eventually found himself drawn to electroacoustic, and in particular, acousmatic music. He moved to the UK in 2000 to study a PhD under the supervision of Jonty Harrison at the University of Birmingham, where he also became a member of BEAST (Birmingham ElectroAcoustic Sound Theatre) and gained experience with sound diffusion performance practice. In 2003 he joined the Music Department at the University of Manchester where he is now Professor of Electroacoustic Music and Director of the Electroacoustic Music Studios and MANTIS (Manchester Theatre in Sound). 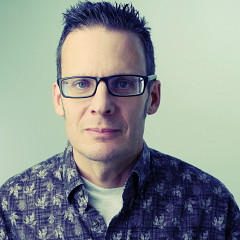 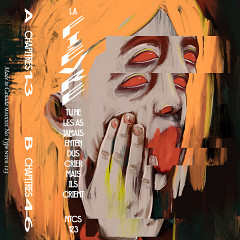 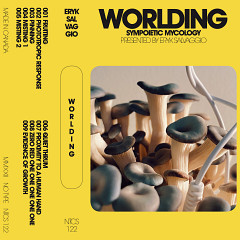